Geoff had always had a short fuse. When he got frustrated everyone knew about it.

His family was used to carrying the blame for minor mishaps, but when it escalated into physical assault, they reeled with shock. 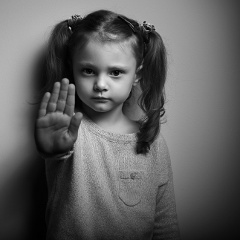 His daughter was particularly affected. She became teary and depressed complaining of headaches after she saw her father strike her mother. She wanted her parents to sort out their problems and she wanted peace in the home, and loving relationships. Geoff doted on his daughter and for the sake of his marriage and his children, he agreed to get help.

Geoff was already well into his retirement when his kids entered high school. He had had a long career in pharmaceuticals and he was proud of his achievements. Now in his senior years, no longer encumbered by operating a large business, he was enjoying his freedom to pursue a number of his entrepreneurial business interests.

When I first saw Geoff, his desire was to become a better father and husband and to build stronger family relationships. He wanted to learn to listen to his family, give them a chance to speak, respect their opinions, be less reactive and not jump to conclusions. He wanted to have patience and take the time to engage with his family. He loved his family, but struggled with irritability, emotional over-reactions and self control.

His physical reactions in his treatment sessions confirmed that he was suffering from trauma. For example his eyes became reddish and his eyelids became heavy during his vision exercises. These are usually signs of severe stress and of the freeze stress response, only evoked when we feel like we are having a life threatening experience. 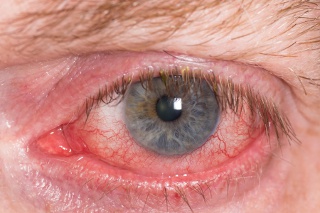 Geoff was helped to process his fight, flight and freeze stress reactions during his sessions. The release of the typical fight, flight and freeze stress emotions, such as anger, fear, guilt, grief and apathy was vital to his recovery and improving his self control. The impact of releasing these stress emotions was immediately evident in the changes in Geoff’s behaviors at home.

His wife was delighted that he suddenly did many handyman house repairing tasks that she had not been able to get him to do for many years. He became much more productive, he was helping with housekeeping tasks, packing kids’ lunches when necessary. He was treating her with more respect and consideration. They could discuss more sensitive topics without blowups. He was surprised himself at how effortless it now was to be a good listener.

These rapid transformations were made possible by a body and mind treatment method that works directly on nervous system balance with physical exercises and contemplation of stress emotions and positive outcomes.