Every day I put one foot in front of the other. I go through the motions, I get dressed, go to work, speak to people, but it is a routine, not a purpose. I do what needs doing, but there is no pleasure. Every decision, every action I take is an effort. In my mind World War IV is going on. I have no peace. 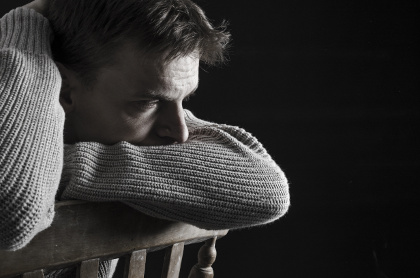 I crave companionship, but I’m plagued by loneliness and isolate myself. It is confusing, like self-inflicted punishment. I use seclusion in the hope that it will heal me, but the sad reality is, it hasn’t and it won’t.

Desirable and beautiful women cross my path, and come and go. They probably find me hard work.

My creativity lies buried – my guitar is standing on its’ rack, looking at me, but I haven’t picked it up in years.

Stuck In the Past

Jack was like a brother to me and our history went all the way back to primary school days. I was a bit of a target for the bigger boys and he always stood up for me. He was the louder and more popular one. I was on the shy side when I was at school, I didn’t have that level of confidence, so Jack took the lead in most things.

He was the explorer and being teenagers, we did some extreme things together. Once we found an abandoned car on the freeway and took it for a drive. I would certainly not have done that on my own. We were the best of mates.

Jack drowned when we were 17 years old. From exciting adventure my life spiraled into a black hole.

After his death, my life changed. I was not part of a popular group, I was on the outskirts, hiding away from life and people. I still went to school and wrote my high school exams, but it took all my effort and for the rest, I literally did nothing. I hardly came out of my room. This hiding away went on for quite some time.

I would have to say that this single event caused me to lose my passion for life. I would have done anything to save my friend, but it was not possible. Now, 12 years on, I still seem to be in that same place. Leading half an existence at the prime of my life. 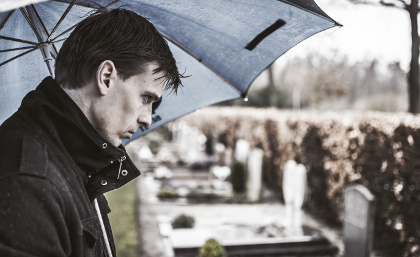 Sean had not developed an innate confidence in himself as a young child and was using Jack as a substitute instead of completing his own development into full manhood. For this reason the loss of Jack was all the more devastating and Sean ceased to have a life once Jack was gone.

Locked up in Fight, Flight and Freeze

After a shock, trauma, or chronic stress the amgydala portion of the brain becomes over active and sends out signals that we are in danger, even though the actual danger has passed.

We have survival instincts from a few days after conception. While we are a tiny fetus in the womb our nervous system is already preparing us to recognize danger and to respond to it.

We have three basic survival instincts to fight, flee and freeze.

The fight response is for situations where we become angry, confrontational and aggressive to get what we want. We are in attack mode.

The flight response is for situations where it is better to avoid confrontation. You come face-to-face with a man armed with a knife, you are terrified and runaway.

The freeze response is for when neither fight, nor flight will solve the problem. This response is reserved for life threatening situations.

When our stress emotions are active, our ability to experience pleasure and enjoy life is greatly limited. Instead we are plagued by fears, guilt and apathy. These are the signals and symptoms of an over- active nervous system stuck in a stressed state.

Sean was suffering from shock and felt purposeless. He was stuck in the freeze response.. The shock of losing his friend caused the deepest level of stress in him. Because he did not receive any professional help at the time of the trauma it affected him for the next 12 years.

To help Sean move out of being stuck in a freeze state, he needed to do Body Mind Fractal exercises that could access the part of his brain where his trauma is stored.

Body Mind Fractal exercises calmed down his trauma-frozen amygdala and stopped it from relentlessly sending these signals out to his body and mind.

Sean also needed to mature emotionally and develop more confidence in himself.

His shyness at high school and reliance on his friend showed that his emotional independence needed to grow.

Body Mind Fractal exercises activated the re-wiring in his brain to complete his missing early developmental milestones. As a result Sean was able to become his own confident male self rather than depending on a friend to front him in life.

When he made contact with his family, after avoiding these relationships for many years, his loneliness flew out the window. He became more active, sought out friendships and built a meaningful romantic relationship.

His fitness level skyrocketed, because he now had enough energy to both work and get exercise.

Here’s what Sean has to say about his wellbeing after doing Body Mind Fractals:

‘I am no longer just going to work and doing things without a purpose or just to make up time. Everything that I do in my job now has a purpose to it. So there’s no wasted time.

I need to speak to CEOs of companies, managing directors, directors of marketing and the main decision makers in business with confidence. I am confident about who I am and what I have got to offer and that is good for me.

The whole process of the day of working, a week of working, a month of working is exciting, something I’m committed to. I find that when I get up in the morning I feel energized. I have more consistent energy throughout my working day and I go and do exercise after work.

I have much greater confidence that I am able to deal with life. I don’t think there’s been an event in the last four, or five months that has overpowered me. I couldn’t have said that before. I have much greater confidence that when an event isn’t going well, it’s not going to get me down. I’m much more equipped emotionally, mentally and physically to deal with it.

Every aspect of my life is easier now. I have more energy and more focus. I am more conversational with other people and more willing to consider other people’s opinions, as well as express my own.

It has been an overwhelming and exciting experience to feel my passion for life come back.’.

Success and Fear: A Double Life
Scroll to top