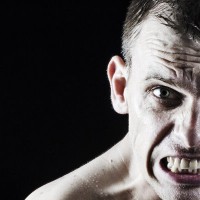 Over time my inconsistent behavior began to affect my relationships with my family and people who I called my close friends.

Looking back it must have been very difficult to be my friend. I was opinionated and rigid in my point of view. I showed very little true consideration for others and was so inconsistent in my behavior that one could never have been sure what they would find on any given day.

Every emotional transaction I made had a condition placed upon it. My daily life was filled with expectations of others and when I was disappointed I blamed others for the pain I felt.

The more unreasonable my behavior became, the more I defended my actions and criticized the actions of others. My ability to rationalize and deal unemotionally with issues became more and more difficult both at work and in my private life. I blamed my family to their face and my colleagues behind their backs for my workload and their lack of support and comprehension.

My physical health began to suffer, with symptoms including endless colds and flu, mouth ulcers, joint aches, back pain and constant tiredness that developed into chronic fatigue.

Mentally I was constantly irritable and sad. I lost the ability to express what I was feeling. I became afraid to try anything new that might change my life, instead preferring talk and fantasy to action.

Nevertheless I still believed in my ability to change and I believed that I had a lot to offer. My wife spoke to a valued friend who spoke to me about therapy at length. I promised my wife and myself that I would attend no less than 6 visits to give the treatment and myself “a fair go.”

Deep inside I was terrified. I desperately wanted it to work. I had been disappointed with therapy in the past and I understood very little, if any, of what I was experiencing now.

I can even remember laughing and grinning to myself about the absurdity of the process in the first few visits. But something inside kept me going back.

Ryan knew that his relationship with his family was breaking down, and that unless he took decisive action, he could lose his wife and his kids. He thought of himself as a fighter, but his fighting attitude had split into aggression and he did not know where to draw the line. His wife and his children and felt intimidated, they withdrew from him, and kept a low profile, avoiding him as much as possible. His family was in pain, because they were desperate for his love and approval, but instead were confronted by an unreasonable and demanding husband and father.

Ryan needed to get to the bottom of what was causing him to behave in this destructive manner. He started to delve into his own relationship with his mother and father. He could see that he had a pattern of behavior that was very similar to that of his father. He recalled that he had been quite a ‘reasonable guy’ until his son was born. At that point he turned into his own father, meaning that he was now acting exactly the way his father had acted towards him. His father had been a critical and confrontational man, always looking for a fight. Ryan did not escape his father’s harsh and violent temper. As a child he had to bear the brunt of insults, humiliations and shaming. This constant barrage of attack by the man who was supposed to love, nurture and build up his confidence, had left its mark on Ryan’s psyche.

reflexes. On a physical level Ryan was producing high levels of adrenaline to keep himself in fight mode, so that he would always be ready for an attack from any angle, or any person.

In his emotional life he was also in a defensive attack mode: he was an angry, irritable and frustrated man, often hostile and antagonistic towards others. He was acting out his anger about the abuse from his childhood, and at the same time he was copying his father’s behavior. His mental outlook was that his own survival comes first and that life, and the people in it, were probably against him.

Ryan’s traumatic and stressful experiences in childhood activated and locked in his amygdala, a small part of the brain that produces our primal defenses of fight, flight and freeze. Once Ryan’s amygdala had been activated, he remained permanently stuck in defense mode. To recover from being stuck in stress, he needed an intervention to balance his primitive brain with the part of his brain that makes conscious choices. This more conscious part of the brain is called the hippocampus.

When we are stuck in stress, it means our instinct-oriented amygdala is in the driving seat and is dominating our emotions, thoughts and behavior, making us behave in a defensive manner. Body-Mind Fractal exercises are special physical exercises that put the more conscious hippocampus back in charge. This gives immediate relief from stress and calms us down.

With the help of Body-Mind Fractals exercises, Ryan was quickly able to identify when he was overreacting and defensive. He became aware that underneath his aggressive exterior lay feelings of

fear and sadness. Body-Mind Fractals exercises enabled Ryan to let go of being in a constant state of fight, flight and freeze. He realized he no longer had to defend himself at all times and that he could relax and just be.

This approach was vital for Ryan, because stress and traumatic experiences are imprinted in the body and in the survival reflexes of the brain. To access these types of memories and conditioned behaviors, it is necessary to use an approach that works through the body and body memory, because most of these experiences are not stored in the conscious mind. By working on body memory, the Body-Mind Fractals exercises helped Ryan to automatically and naturally process his life experiences and release deep seated unconscious stress.

As Ryan’s family started to notice a positive changes in him, they became more confident to talk to him. They could discuss many topics with him, as there were no more ‘no-go zones. Instead of being angry and blaming others, he was pleasant and understanding. And instead of being defensive, he had became genuinely confident. The biggest reward for Ryan was the experience of being open to receive the warmth and love of his wife and children for the first time.

In his own words this is how he describes his transformation.

‘I am far less angry. When I am angry it is appropriate anger. It is measured and fitting, instead of rage and hysteria. When I get angry I deal with that issue only and don’t allow it to affect the rest of my life. It’s not premeditated. It’s not designed to be hurtful. It’s fair and reasonable and it is considerate of my rights and the rights of others. I don’t enjoy anger or being angry. Sounds silly, but anger was a daily occurrence growing up. I enjoy surprising myself and others by remaining calm and even laughing when the expectation is that I will fly off the handle.

I am willing to change. I think I always possessed this quality, but the areas it has affected have broadened. I am more willing to accept other people’s points of view and consider them with as much credibility as my own. I will adapt my own point of view, preferring to consider others, rather than be rigid in my own thinking. I am more considerate of others and their feelings. I am prepared to apologize to others if I have done wrong and I don’t try and make excuses for my behavior.

I don’t blame others for my lot in life. I consider myself fortunate now, seeing many more positives.