Jody’s boss hated her as her sales increased by 30% every month. She provided aeronautical parts to top engineers in the airline building industry. She always felt uncomfortable tiptoeing around in the sterile, polite, politically correct culture of her company. But at the same time it felt all too familiar: much like the family she was raised in. For some reason both of her parents had always kept her at arms length.

Despite her uncanny ability to excel in the business sales environment, she had a severe lack of confidence in her own worth: especially when it came to being partner material. At age 40 she had never enjoyed a meaningful romantic relationship. Nearly all her colleagues were married by this stage and had one or more children. Instead Jody filled her time with extreme adventure sports but felt unaccepted by the groups she joined. Friends of either sex were few and far between outside of work. 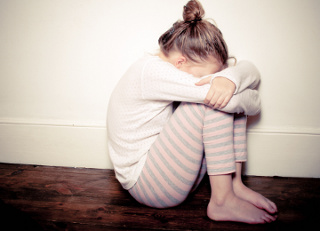 I recognized that Jody had no primal bonding template, or primary family experience in how to behave in close relationships. Her past relationship reference was nothing but a long, dark, dreary continuum, and this status quo partially discouraged her from even attempting to form new attachments.

One of her key stated goals was, “I want to feel deserving of having a good relationship.”

So I immediately began working on releasing her trauma states and deconditioning her of fears around entering into relationships.

When Jody started her sessions her desire was to overcome anxiety and to have an intimate relationship with a partner. Jody had high anxiety, because her parents never did the most basic parenting task of affirming her as a person, either her feelings, or her achievements. She was on high alert constantly, wired as if she was living in a hostile world. But at some level she was not aware that this hostile world was her past: back in her childhood, NOT her present time reality.

Once she had set her goals, her nervous system had to overcome the biggest obstacle to being a calm and confident person in a loving, secure relationship – the fact that her primitive reflex brain, called the Amygdala was permanently locked into fear and particularly a fear of close relationships.

For this reason the first port of call in helping Jody achieve her dreams was to release trauma – this would re-establish her nervous system’s natural balance between fear and confidence.

Traumatic and stressful experiences activate and lock in the Amygdala, a small part of our brain that produces our primal defenses of fight, flight and freeze. Once we feel we have our back to the wall and have to defend ourselves: pleasure and happiness go out the door.

Once Jody’s Amygdala had been activated by stress, it was extremely difficult to ‘undo’ and she remained locked into chronic fear and tension.

The emotional isolation she felt as a child had wired her brain for the worst case scenario – being psychologically abandoned and not feeling worthwhile as a human being.

This stress had a permanent effect on how her brain was wired up. Her Amygdala became over-active, shouting ‘threat’ at all times.

Practically this meant that Jody knew her level of anxiety was unnecessary and that her fears of people were unfounded in her current adult life, but there was nothing she could do to change her ingrained responses, perspectives and beliefs.

Working with the Three Levels of the Mind

To help Jody achieve her goals in the most effective way, it was necessary to communicate with her nervous system in a way that corresponds with how it naturally works – and that is on all three levels of human experience and intelligence, I.E. mental, emotional and physical.

This was done through defining the outcomes she desired, contemplating her related emotions and doing specially designed physical exercise.

Jody’s wanted to overcome her fears, which she did by contemplating fear emotions and doing specific vision, balance and other physical exercises in her sessions with me. This combination of activities allowed her to integrate how she feels, with what she thinks and how her body responds to her memories and her experiences.

The transformation was rapid and instead of being locked into fear, she could enjoy her sport with friends and work activities with colleagues. She surprised herself when she started having more fun and laughter, being less serious and found others appreciated her more.

This growth process helped her calm down her survival-oriented Amygdala, which is also plays a vital role in bonding and forming close attachments. Jody was able to move from not having any close relationships, to feeling more attached to her sporting peers and finding a suitable partner. 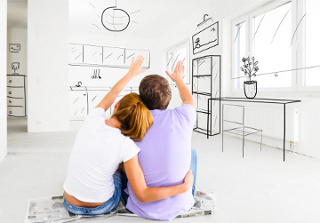 The special combination of exercises Jody was prescribed led to a release of old, hidden, forgotten stresses she had about close relationships and also rewired her brain to a more mature level. She became more confident, more authoritative and took more control of her life. Friendships blossomed and at work her sales took off – she had her best year and the fastest growing account in her company.

Jody had rewired her brain’s built in software and was living up to her potential within one year. She became a more balanced, assertive, powerful and engaging person. In her company she was speaking up and confronting her team about their performance, while remaining secure in her job.

After kissing a few frogs, she found a man who matched her intellectually and admired her accomplishments in business and sport and made her feel like she belonged. She was pleased to discover that not only is she deserving of having a good relationship, but she is pretty good at being a partner.

The “Darth Vader” in your Brain: What is the Amygdala?

Losing It: and Losing My Marriage
Scroll to top