We share our fight, flight and freeze survival reflexes with the animal kingdom. 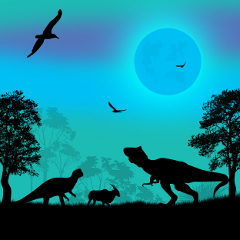 All living creatures, from reptiles through to mammals, have these reflexes that help them assess and respond to threats. This is why the part of our brain that produces these reflexes is often called the ‘reptilian brain.’

This reflex called the fight, flight and freeze response. As the name suggests, it has a three stage cycle. Picture this: A gazelle is grazing peacefully on the sunny African grass plains, suddenly it raises its’ head, startles and in a flash is in full flight, chased by a hungry cheetah. Once caught, the frightened animal lies dead still, neck bared, frozen.

These vital life supporting reflexes are already developing in our nervous system shortly after we have been conceived. Only six weeks after conception a tiny embryo can already respond with the fear paralysis reflex and withdraw to protect itself.

The survival reflexes are also absolutely vital for our first breath after birth and later propel us into learning to move and run. It is also the driving force behind our human emotions of anger, fear and apathy. The next time you lash out at someone, or you feel nervous and lack confidence, remember your primal animal reflexes are driving you to behave this way. 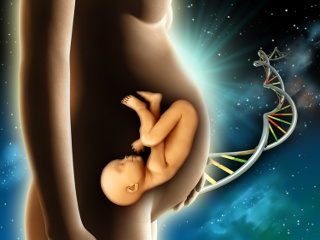 Our judgment of the level of a threat to our welfare and our capabilities will determine whether we put up a fight, or retreat, or freeze.

Each of our reflexes serves a very specific valuable function. The fight response unleashes high energy and primes us and to be more aggressive and confronting; the flight response drives our level of fear from mild tension to panic and terror; and the freeze response prepares us for death by immobilizing and shutting down our consciousness and energy, causing us to feel apathy and lethargy.

The reflex nature of our survival instincts explains why we may feel at times we have no control over our reactions and emotions at times. Recently I saw a client who said she had felt she was going crazy, because she was driven by fear and saw threats everywhere. It emerged that she had violently lost her grandparents as a small child, and later lost a promising ballerina career due to injury. These losses had locked her brain permanently into the flight reflex.

The human brain has evolved beyond its’ reptilian level to be more sophisticated at finding intelligent solutions to threats. We have improved our chances of survival: we have large brains and can use our practical common sense, creativity, logical reasoning and self control to find novel solutions to threats.

However we are learning that the higher areas of the brain are not effective at releasing trauma that is stored in the primitive levels of the mind. In order to stimulate the process of release: physical movements are required that counteract stress reactions in the body itself. This process of releasing stress first physically in the body permits the consciousness to move from the more primitive reptilian brain into our more highly developed and capable human brain areas.

The Power of Choice: Two Pathways in the Brain

The “Darth Vader” in your Brain: What is the Amygdala?
Scroll to top